Yesterday was the first day of the Fourth Quarter of 2018, so it’s a good time to assess where markets are for the year. Nobody should change their portfolios radically based on recent market moves, and, to the extent that anybody does, the bias should be selling what has dropped and buying what has surged. But, from time to time, it can be useful to observe recent trends. 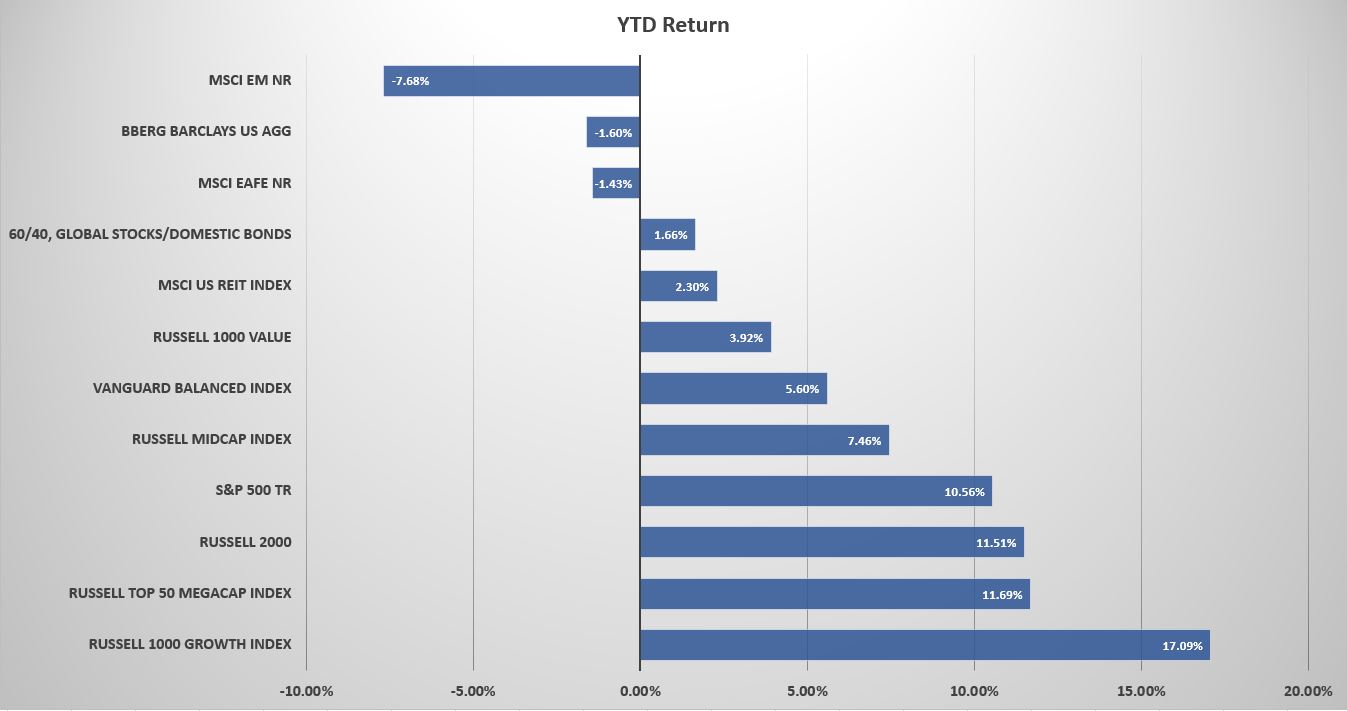 If U.S. stocks are having a good year, international stocks aren’t. The MSCI EAFE Index, which tracks stocks from developed countries, lost 1.43% for the year through the end of the Third Quarter. The MSCI Emerging Markets Index (MSCI EM NR) has done ever worse, shedding 7.68% for the year through the end of the quarter. Much of those losses are attributable to the dollar’s surge against foreign currencies, especially those of emerging markets. When U.S investors buy foreign stocks or a foreign stock fund, they typically get two sources of return, the stock’s return in its own market and the foreign currency’s return versus the U.S. dollar. That second return has hurt U.S. investors in foreign stocks this year, as the dollar has surged. A dollar surge also puts emerging markets under a cloud because emerging markets countries and companies borrow in U.S. dollars, making a dollar surge especially burdensome for them.

A second discrepancy is the difference in value and growth stocks. Value stocks tend to trade with lower price-earnings and price/book ratios, while growth stocks tend to trade with higher ratios precisely because of their anticipated growth in earnings and/or book value. The Russell 1000 Value Index rose a tepid 3.92% for the year, while the Russell 1000 Growth Index surged by 17.09%. the top-5 holding of the Russell 1000 Growth Index are Apple (AAPL), Microsoft (MSFT), Amazon (AMZN), Facebook (FB), and Alphabet (GOOG). The only one of the so-called “FAANG”s that it’s missing is Netflix, and the FAANG stocks have gained more than the overall market.