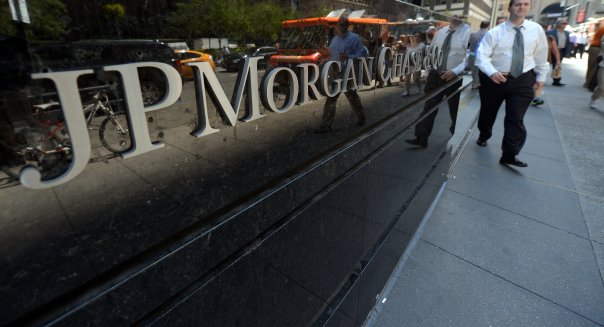 WASHINGTON — JPMorgan Chase & Co. has agreed to pay a $100 million penalty and admitted that its traders acted “recklessly” during a series of London trades that ultimately cost the bank $6 billion.

The settlement announced Wednesday by the Commodity Futures Trading Commission comes less than a month after JPMorgan (JPM), the nation’s largest bank, agreed to pay $920 million and admit fault in a deal with the Securities and Exchange Commission and other U.S. and British regulators.

The stunning trading losses that surfaced in April 2012 shook the financial world and damaged JPMorgan’s reputation. The CFTC deal differs from the previous agreement because JPMorgan is formally acknowledging that its traders recklessly distorted prices to reduce the banks’ losses at the expense of other market participants. In the SEC agreement, JPMorgan admitted only that it failed to supervise those traders.

The bank “recklessly disregarded the fundamental precept on which market participants rely: that prices are established based on legitimate forces of supply and demand,” the CFTC said in a news release.

According to the agency, JPMorgan traders in London sold off $7 billion in derivatives tied to a price index of corporate bonds in one day — including $4.6 billion worth in a three-hour span.

That was a “staggering volume” and the most ever traded by the bank in one day, according to the CFTC. The traders realized that the huge volume of the derivatives they had amassed could affect the market, and they decided to do so, the agency said.

Under this new authority, the CFTC can sanction companies or individuals for manipulating the market without proving they had a specific intent to do so.

It defines manipulation as a trading strategy employed “in reckless disregard” of its potential effect and harm to the market. Selling a large volume of derivatives in a compressed time period to protect against losses constituted a “manipulative device,” the CFTC said.

Enforcement Director David Meister said the agency now is “better armed than ever to protect the market.”

New York-based JPMorgan, in a statement, said “We are pleased to be able to put behind us another aspect of the … trading matter by the resolution of the CFTC investigation.”

In addition to paying the $100 million, JPMorgan agreed in the settlement to continue to take steps to tighten its oversight of derivatives trading with an eye to reducing risk.