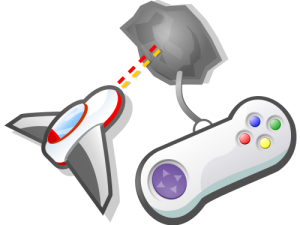 It’s a pretty common childhood fantasy: playing video games as a form of homework.  But that dream might just become a reality for many college freshmen enrolled in American government courses.  McGraw Hill Education has developed “Government in Action,” a 3-D multiplayer computer game that takes users on a virtual journey through Congress as a House Representative.  The player’s goal is to be re-elected after two years.

Government in Action has shown to be very insightful for students during its testing run in schools across the U.S.  Professor Jason Seitz of Georgia Perimeter College found that the game helped students tie together different concepts, allowing them to develop a greater understanding of American government.  He observed that the game taught students the factual basis of government infrastructure, which meant that he could “spend… more time exploring implications” in class.  The addictive nature of the game causes students to spend more time exploring different solutions so that they may earn a place on the leaderboard.  Thus, students find themselves more engaged in the subject than they would through traditional learning methods.

Video games like Government in Action are proving to educators that modern technology has the potential to open up new avenues of learning that may be particularly immersive to today’s generation of students.  Though it may have once just seemed like an idealistic method of learning, education through video games now presents a very real opportunity for teachers to engage their students in a positive and entertaining learning environment.