Where to Comedor, a chic little hideaway in Newton Centre.

What for American-Chilean small plates created by husband-and-wife team Jakob and Fernanda White, both of whom cooked nearby at 51 Lincoln.

The scene A Roz Chast New Yorker cartoon come to life. Sophisticates in Warby Parker eyewear and jangly bangles sip water and discuss the Ivy League. Older men, comfy in cashmere, swirl glasses of red wine; they’ve earned every velvety drop, after all. Woody Allen’s stunt double feasts solo at the bar, watching the baseball game and shaking his head. Eager waiters solicitously recommend mushroom Bolognese to walk-ins. It’s an older crowd, but the younger set is treated with dignity too: One gourmand-in-training is presented with a ream of paper and a shiny Crayola box upon arrival.

Care for a drink? There is a small roster of wines by the glass, some from South America, as well as domestic, imported, and Chilean bottles. Draft beers are available by the $28 pitcher; there are also 12 bottles, mostly American. Rosa Dorado, made with Four Roses bourbon and Anaheim chilies, is the signature cocktail. 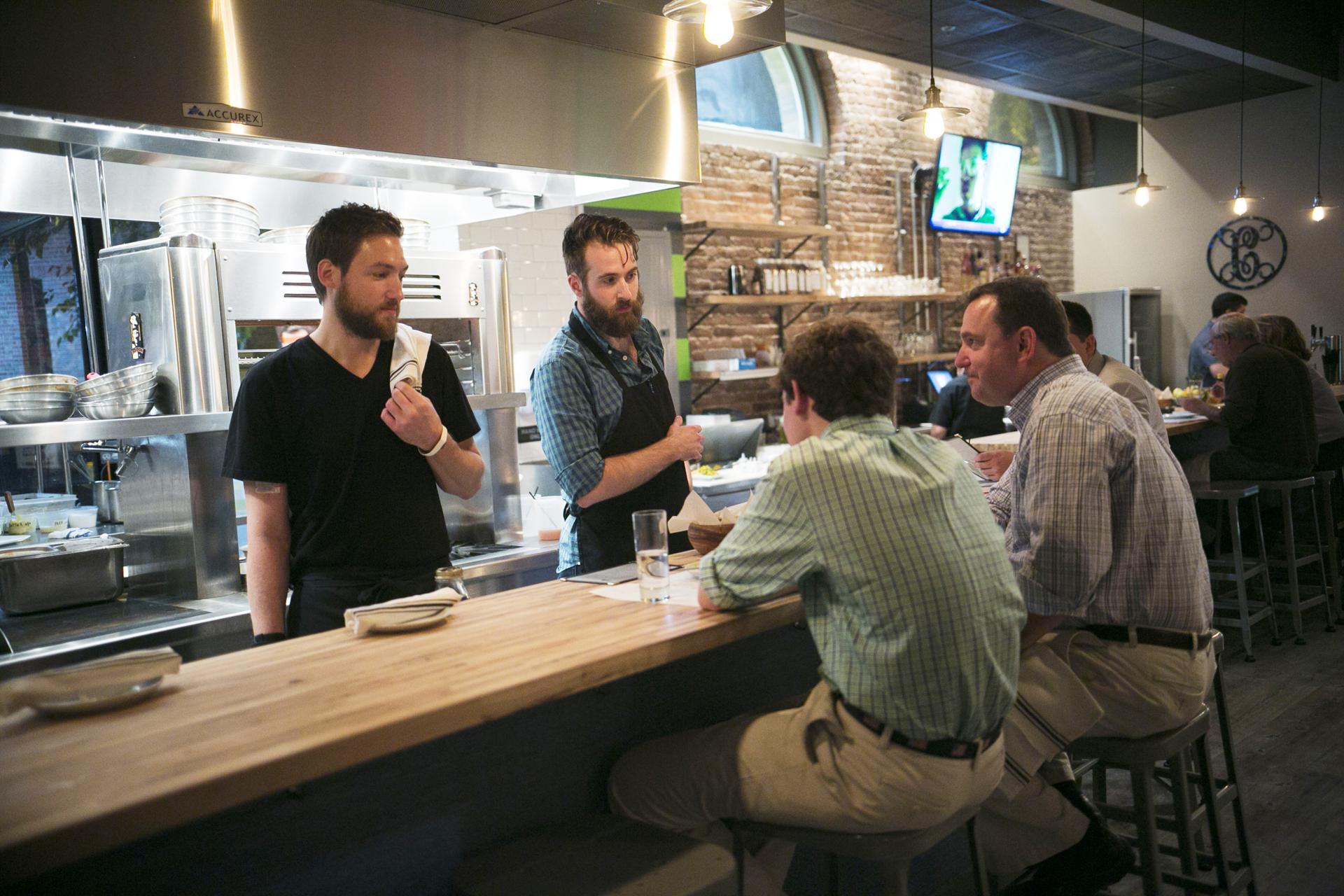 Overheard Confusion over wild game; tales of deadly weddings. “Is venison a — pasta?” ventures a professorial man. “Oh, no, it’s a meat,” a waiter assures him. “Yes, but is it appetizing?” the professor presses. “My brother-in-law spent 10 years on the East Coast, most of it at Brown,” a woman yawns to two rapt friends. “I really need to run a 5K!” declares a lithe dame, clasping her Cinzia eyeglass case shut to focus on a basket of rolls. A tweedy fellow leans toward his wife. “That wedding reception had absolutely every worst cliche. It was like being at a funeral!” he exclaims. “I would have been mad if I were the bride,” his wife sniffs. A bald gent strides to the back of the room. “I’m with that table!” he points, as though he’s about to break up a board meeting.