Bitcoin markets fell slightly during the trading session on Monday to kick off the week but bounced a bit to show signs of life again. Ultimately, the market looks likely to challenge this downtrend line again, and if we can finally break above there, then we could get this rally going and reach towards the $7500 level, perhaps even the $8250 level. Alternately, we could roll over and reach towards the $6000 level underneath, which has been massive support. If we were to finally break down below that level, then we could unwind rather drastically. I am still relatively bearish of this market, but I also recognize that we are at an inflection point, and it’s very likely that we will make the decision relatively soon. However, I think that we need to be patient and allow the market to decide which way it wants to go before putting money to work.

As mentioned previously, we could break above the downtrend line, but if we break lower, then I think the market unwinds to the $5000 level rather rapidly. I think we probably break down below there as well, so that would be the beginning of the next leg lower. However, there’s always a third possibility, meaning that we could just drift sideways through the triangle, which would have this market going sideways for quite some time, meaning that we will have negated the pattern, and it’s likely that the market would essentially sit still for some time if that’s the case. Either way, we need to wait to see one of those three things happening before we can put money to work. In the meantime, this is essentially “dead money.” As bitcoin can’t make up its mind, there’s no point in pressing the issue until we see it make up its mind. 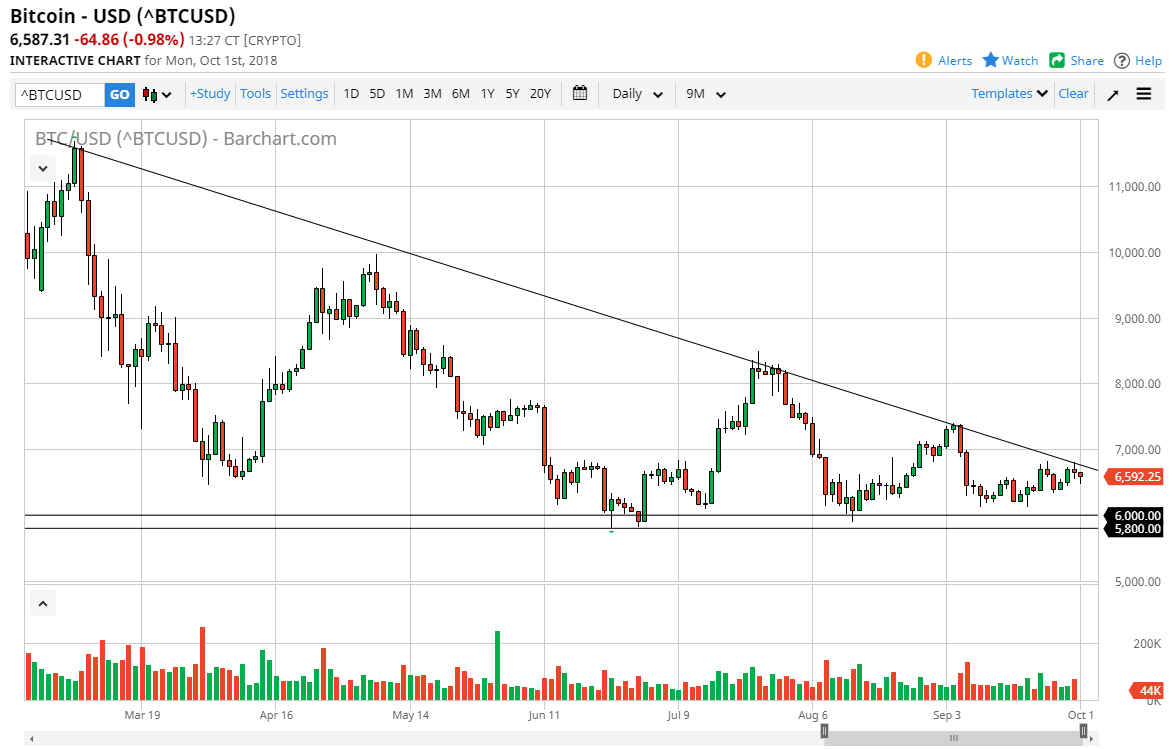