As an employer, aside from paying your employees their salary and wages, part of your managerial responsibility also includes deducting and paying your employees’ pay-as-you-earn (PAYE) tax on their behalf. While this has been the standard for companies employing full-time and regular staff, the process for hiring independent contractors, freelancers, and self-employed individuals may be different.

For one, instead of an employee completing and submitting an IR330 tax code declaration form upon onboarding, an independent contractor working for you must submit an IR330C form before you pay their schedular payments.

Essentially, the IR330C is a type of tax rate notification form for independent contractors and freelancers individuals working for labour hire businesses in New Zealand. These organizations generally include a construction firm, a film studio, a recruiting agency, and other companies employing self-employed individuals. 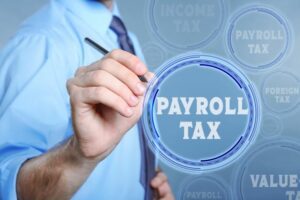 With this document, independent contractors can determine and specify the tax rate of their choosing to be deducted from their schedular payment.

If you’re an employer looking to hire freelancers and independent contractors in the near future, or perhaps, you’re already working with one, you may opt to utilize business toolkits such as Afirmo to get your business’s essentials right. Furthermore, this post outlines essential information to guide you on filing an IR330C form.

If the independent contractor or freelancer you hired had failed to provide you with a tax rate notification for contractors or an IR330C form, then, as an employer, you can utilize the non-notified rate when they receive their schedular payments.

More so, you can also use this rate if they’re able to provide you with an accomplished IR330C, but it lacked essential details such as their name, an IRD number, or the tax rate for their work done. In such cases, you may deduct 45 cents on every dollar they earned or 45% of their earnings unless the contractor is a non-resident contractor.

Employers should also continue to report the tax code as WT on their employment information – IR348.

Under normal circumstances, contractors who wouldn’t be obligated to have tax taken from their compensation may elect to have tax deducted. However, they must first discuss this with you and, if you agree, this must be in writing. It is advised that the agreement contains the following:

Additionally, the independent contractor must also furnish you with an IR330C. Failure to do so, you can use the standard tax rate of 20%.

How To Fill Up The IR330C Form Correctly

As an employer, you need to ensure that the form IR330C is filled out completely and correctly. Generally, there are two ways one can fill out this form. It can be through a computer and be saved as a PDF file later on, or it can be printed and filled out by hand. After that, it should be forwarded to your organization by email or personally handed.

Below is a step-by-step guide on how to complete each component of the form:

In this section, ensure that the independent contractor or freelancer writes their full legal name, as it would appear on their IRD identification card and their IRD number. Start from the second box from the left if the IRD number has eight digits.

After filling out the personal information section comes the more technical aspect of the IR330C form. In this section, the independent contractor must fill out the following details:

The independent contractor must provide their chosen tax rate. To help them with this, they can refer to the flowchart included in the form. In addition, they also have the freedom to choose a tax rate above the minimum. In general, the lowest percentage they may enter is 10%, and 15% if they are a non-resident. However, if they have an IRD exemption certificate, they can be exempted from the minimum rates.

To determine their activity number, independent contractors can easily refer to the table indicated in the IR330C form.  The table generally defines the type of work the contractors do.

For instance, those who work for labor hire companies or under a contract match with Activity Number 19. And an independent contractor who works in the film and television sector gets Activity Number 24. As their employer, you can help them get the clarity they need in determining their activity numbers.

Section 3 should be filled out the same way the independent contractor did with Section 1 of the IR330C form. However, if they work as a single trader, they may leave this field blank. If they fill out the form manually, they can simply sign the form. However, if the form was filled out on a computer, attach the signature and write the date of completion.

Important Things To Note About Filing An IR330C

Aside from the information discussed above, here are other points worth noting:

When you hire your first employees, you must register with the Department of Internal Revenue as an employer. After that, they’ll provide you with information, including the IR330C. Furthermore, this article has outlined some of the essential insights to help you get started.