Hawkish monetary policy signals from the Federal Reserve as well as fresh regulatory hints by the White House and the threat of an outright mining and trading ban in Russia have whipsawed digital coins. Declines in Ether — the second-largest token — and in newer coins have outpaced Bitcoin’s fall of late.

Over the past seven trading days, Bitcoin has shed around 18% of its value compared with some 25% for Ether. Solana’s SOL and DeFi-play Avalanche’s AVAX token have fallen 30% or more. The wipeout in memecoins is sharp too: Dogecoin is down 19% over a similar period, while Shiba Inu is off 25%, according to CoinMarketCap data.

ALSO READ: Crypto carnage: Bitcoin collapse wipes off $1 trn in the blink of an eye

Crypto “is a risk asset up and down,” Starkiller Capital’s Leigh Drogen said in a Bloomberg TV interview with Caroline Hyde. “It’s even more of a risk asset now that most of the crypto market cap is Ethereum, Solana and all sorts of other stuff that is just basically technology where we’re pulling forward massive assumptions of global growth into the present.” 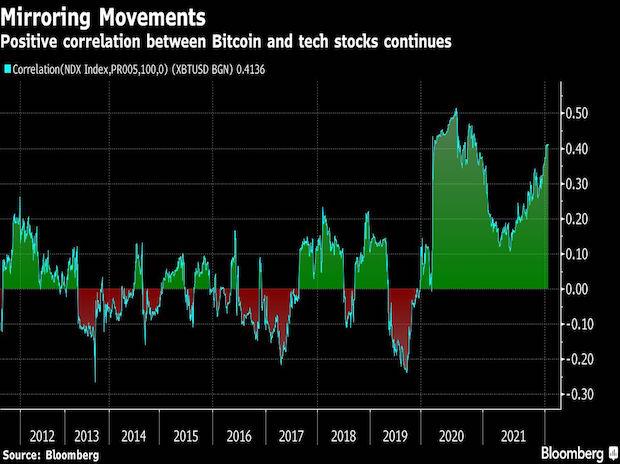 A key technical to watch is the ratio of Ether to Bitcoin, according to Amy Wu Silverman of RBC Capital Markets. After trading above 0.07 for several months, Ether has dropped to the lowest level relative to Bitcoin since October. It was recently at 0.069.

“Now, it’s officially a risk-off correction across the board,” Wu Silverman wrote in a note on Saturday. “There is nowhere to hide.” 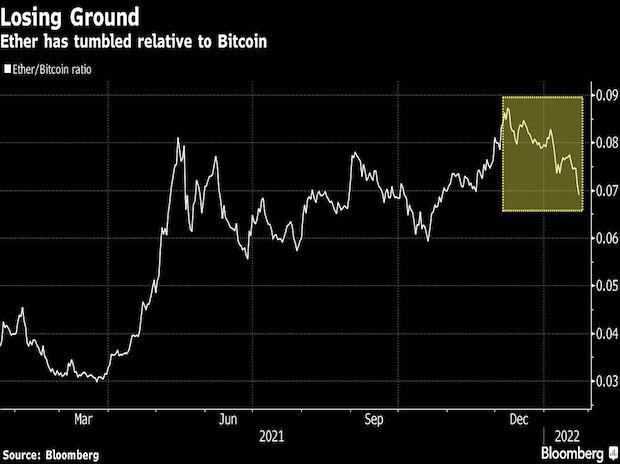 Ether’s slide relative to the world’s biggest cryptocurrency also caught the eye of Noelle Acheson, head of market insights at Genesis Global Trading Inc. To her, it’s a reminder that Ether is even more vulnerable to macro-driven swings of risk appetite than Bitcoin

“This reminds us that BTC is a risk asset that is getting hit in the risk-off sentiment, but that ETH is even more so (it has lost over 40% of its value over the past 30 days!),” Acheson wrote in an email.